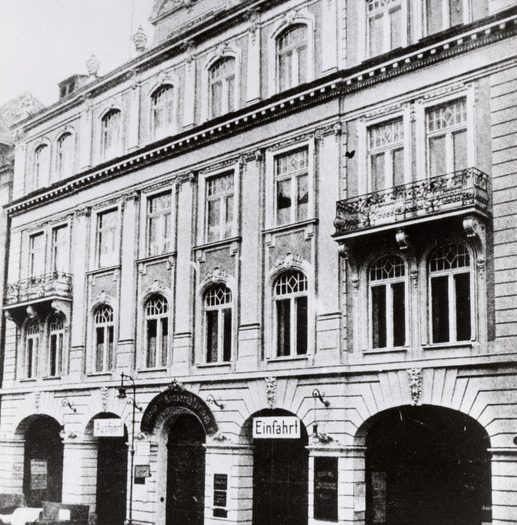 Joachim was a critical force in the first decades of the Berlin Philharmonic. He contributed important administrative and organizational assistance and served as one of the main conductors of the orchestra from 1882-1887.

Perhaps just as importantly, his fame attracted string players to Berlin at a time when there was little other incentive. Violinists who studied at the Hochschule with him went on to play in orchestras all over, but above all in Berlin’s fledgling Philharmonic Orchestra. One of Joachim’s favorite students, Johann Kruse, was his concertmaster when he conducted from 1883-85. Kruse and Karl Klingler, another student who served as concertmaster from 1901-02, also played in the Joachim Quartet. At least 14 other violinists in the Philharmonic were Joachim students, five of whom were also concertmasters (see below).

(For the following I compared lists of Joachim’s students to rosters of the Philharmonic and other orchestras. The Berlin Philharmonic does not yet have a digital archive similar to the New York Philharmonic, the Boston Symphony, and the Chicago Symphony Orchestra. However, these sites were of limited use for this search because only the Chicago website documents the personnel history. The others focus on conductors and guest soloists. The names of  orchestra musicians in Boston and New York are taken from  concert programs.)

Concertmasters in the Philharmonic who were students of Joachim

Violinists in the Philharmonic who were students of Joachim

When some critics disputed the primacy of Joachim as a violinist, they pointed to the lack of students who became great soloists. Instead, his students populated orchestras all over. In 1902 the Musical Courier asked:

Who are the successful violin virtuoso among the younger generation? Kriesler, Thibaud, Marteau, Geloso–all of the French School…as for Joachim’s pupils, the orchestras of Germany, and, in fact, the world, are full of them. They make excellent concert-masters, but as for solo playing, they are not in it.

This evidence of Joachim’s purported lack of success as a teacher inadvertently makes a compelling case for the huge influence Joachim had on musical life, at home and abroad.

From the Berlin Philharmonic to U.S. Orchestras

The young Berlin Philharmonic had a strong influence in turn on other orchestras, especially in the U.S. The concert master in Berlin from 1894-1910, Anton Witek, went on to become concert master at the Boston Symphony Orchestra from 1912-1918. Hugo Olk went on to serve as concertmaster in the Philadelphia Orchestra, Cincinnati Symphony, and the St. Louis Symphony. Two of the Cleveland Orchestra’s concertmasters, Hugo Kolberg and Tossy Spiakovsky, had also been concertmasters in Berlin.

Joseph Malkin, principal cellist in Berlin from 1902-1907, also played in Boston from 1917-18, and was principal in Chicago from 1919-1922. Another of the Berlin Philharmonic’s cellists, Bruno Steindel (of the notorious Steindel family), was recruited by Theodore Thomas to be his principal cellist from the opening season of the Chicago Symphony in 1891 to 1918. A third cellist from the Berlin orchestra, Otto Urack, played cello with the Boston Symphony from 1912-14 and also occasionally conducted.

Many of Joachim’s students who were not in the Berlin orchestra became concertmasters for American orchestras, especially in Boston:

The number of Joachim students who became concertmaster at orchestras in Germany and Great Britain is another post altogether.

Finally, if orchestras had admitted women players at that time, they would have benefited even more from Joachim’s tutelage. As it was, the women were only (!!) allowed to play with the orchestra as soloists.

Joachim’s female violin students who performed with the Berlin Philharmonic as soloists:

An article on “Women in Orchestras” in the Musical Courier from 1895 “explained” that women do not have the endurance to play in an orchestra: “The most capable and intelligent of women can never become factors in an orchestra of any serious aims for this reason. ….her physical incapacity to endure the strain of four or five hours a day rehearsal, followed by the prolonged tax of public performances, will bar her against possible competition with male performers.”

5 thoughts on “Joachim’s importance for orchestras”