Coping with the embarrassment of riches 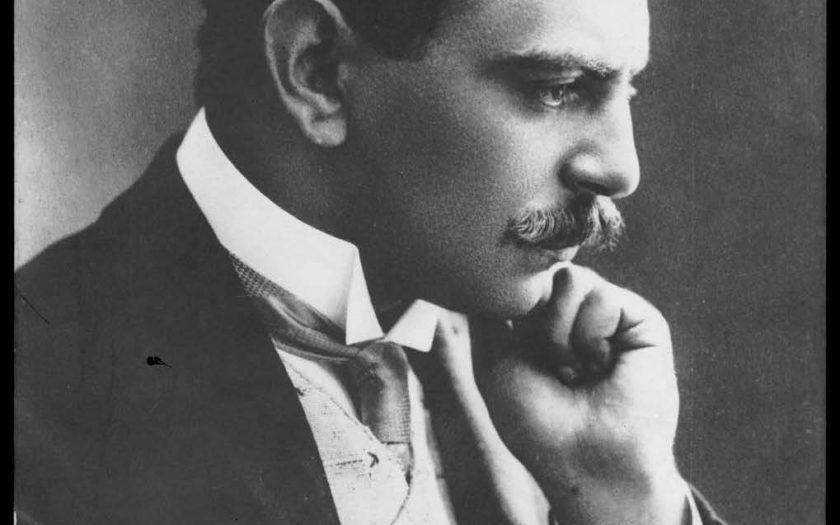 As I continue to compile my list of the 1000 or so concerts from 1907, I have been lingering on the month of January and imagining time-traveling to the concerts that interest me the most. At first it seems like it would be an ideal situation, but then I start to wonder: could anyone even have been able to appreciate this embarrassment of riches? For example, on the 7th, there were three pianists who had been students of Liszt (Sauer, Burmeister, da Motta) giving performances. Then, on the 10th, the historically significant event of the Berlin premiere of Sibelius’s Symphony No. 1, conducted by Weingartner, was happening at the same time as the Berlin debut of the great pianist Ignaz Friedman (pictured above).

Today, of course, we have an overwhelming amount of choices when deciding what to listen to. But the dilemma back then, while different, was not necessarily less profound. On January 10, 1907, there was surely an awareness that historic events were taking place that would vanish as soon as they had happened. Critics couldn’t press “rewind” and watch both concerts, or realize one was more important than the other after the fact. No wonder they were anxious about the seemingly infinite expansion of musical life. How would anyone be able to sift constantly through all that was being offered? How would there be time to process and write about Mahler conducting the Berlin premiere of his Symphony on the 14th when there were six concerts the next evening warranting attention, and the same again for most of the following days for the next three months? How was one supposed to get through a recital of seven Beethoven piano sonatas by d’Albert and then go hear Lamond play seven different piano works by Beethoven the following evening? If I wanted to hear Beethoven’s Quartet Op. 127, should I go to the Bohemian Quartet on the 29th? Or wait until the next day and go to the Klingler Quartet’s performance? Schumann’s Carnaval is on Godowsky’s program on the 30th. But it’s also on d’Albert’s concert the following evening!

Update 12 December 2018: I just came across the following item by “Harmonica” in the Musical Courier which expresses the predicament of too many choices described above, but in January of 1902:

I think I’ll go to the Circus Busch and see a one legged American ride a wheel along a 2-inch plank suspended from the roof, and then plunge into a tank of water, several million feet below.

3 thoughts on “Coping with the embarrassment of riches”