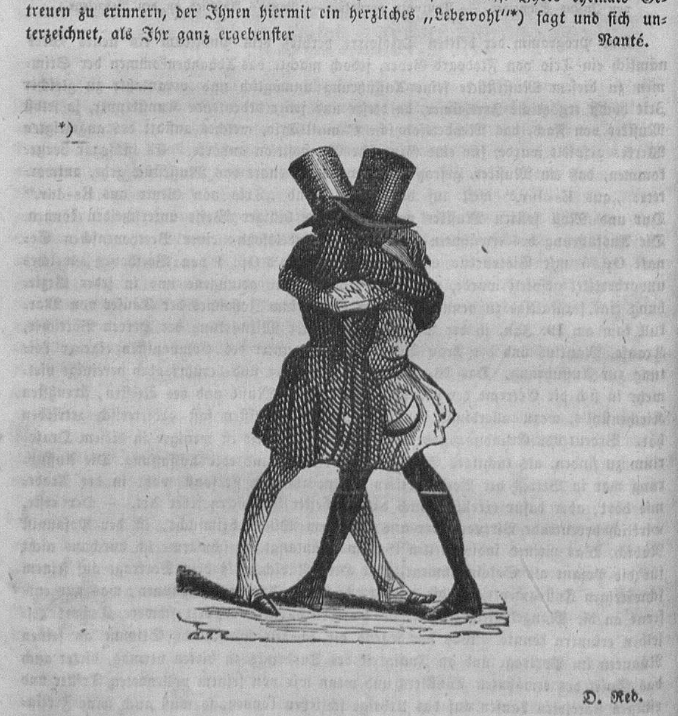 The further we go back in time, the more obvious how arbitrary our knowledge of the past is. Most information about concerts comes from the press: newspapers and music journals provide the names, dates, and programs. For the most part, the news about performers and performances centered around opera, but that started to change once important institutions of instrumental music got underway. In Berlin during the 1840s these included the concert series of the Königliche Kapelle in 1842 and Carl Liebig’s “classical” concerts in 1843. Two periodicals from Berlin also got their start during the decade: the Berliner Musikalische Zeitung, which ran from 1844-47, and the Neue Berliner Musik-Zeitung, which began at the end of 1846. The Leipzig journals the AMZ, the NZfM, and starting in 1843, Signale für die musikalische Welt, sporadically reported on instrumental ensembles.

The qualitative and quantitative differences in data between the first and second halves of the nineteenth century is like night and day (at least to me right now). In the earlier period, a single critic can make a crucial difference in providing necessary information or mentioning something we couldn’t have known about. For instance, in my previous post about the 1840s and the Zimmermann Quartet, I mentioned a concert from 1846 for which there were contrasting responses from two music journals, which make it possible to imagine a range of audience expectations that wouldn’t have been the case with only one of the reviews. My attention was particularly caught by the reviewer from the Signale, “Nanté.” It turns out that he was responsible for the abundance of information about Berlin from the end of 1846 to the beginning of 1848. When he stopped contributing, the detailed reviews from Berlin in the Signale ceased. His last piece included a farewell to his editor Bartholf Senff, illustrated by the striking image above. Nanté had written his reports as personal letters, addressing Senff effusively.

Who was “Nanté”? For that matter, who were any of these critics? It would make a difference to know about their qualifications and their conflicts of interest. Because Nanté used a more subjective style, he mentioned a few facts about himself: that he was not a Berliner, but of French parentage, and was previously based in Leipzig. He must have been a trained musician (perhaps a conservatory student): his quick and assured judgments of performers and pieces included pointing out wrong notes and transposed parts. He said of the violinist Hubert Ries that if he had a right arm that was as good as his left he would be one of the greatest violinists in the world.1 (1846 365) He fearlessly judged Carl Möser’s son August, who had been celebrated in the press since his first performances, as “Mentally, …an affected, boorish young man, and musically not much more than a zero.”2“Geistig ist er ein affektierter, burschikoser junger Mensch und musikalisch nicht viel mehr als eine Null.” Signale (1847): 307.He also poked fun at Carl Möser continuing to conduct after his retirement by describing him as a mummy that was unwrapped and set upright to stir the air while his son played. His account of attending the premiere of Wagner’s Rienzi with the composer conducting included a tale of sneaking in a huge piece of gingerbread to sustain him through the long and loud work.3Signale 5 (1847): 356-57. Another comic piece recounted being buffeted by the crowd while procuring a ticket to one of Jenny Lind’s performances.4Signale 5 (1847): 337-40. Nanté must have had aspirations to be a writer: besides his concert reports he also authored short “Mährchen,” vignettes saturated with romantic imagery.5These included: “Der Tod der ersten Nachtigall,” Signale 5 (1847): 265-67; “Weinachten im Walde,” 297-99; “Die Sirenen,” 329-31.

Looking ahead in the Signale for Nanté’s name, I found a letter to the editor that solved the mystery. At the beginning of 1849 the Berlin composer Richard Wüerst wrote:

Mr. Editor! You will remember that in former times you had a friend by the name of “Nanté”; you will also know that soon after his touching farewell to you he was laid to blessed rest with the Lord, but what you will not yet know is the fact that the deceased appointed me his universal heir and gave me many a good lesson before his end. We were always very close to each other in every respect, and so it happened that our blessed Nanté entrusted me with the agreeable business of sending you his parting regards and perhaps consoling you over his loss. With deep emotion I remember the hour in which he said to me: “In Leipzig at the corner of Market and Grimma Street you will find an editor on the right hand side, whom you will console with all your might about my death when the time comes, and if you can, follow in my footsteps as a contributor to his paper, but seek to avoid the brambles and the stumbling stones that made my path there rough and difficult. Work for art to the best of your ability, speak out against artists on the basis of your innermost convictions, but without bitterness and irony, in such a way that you do not hurt them with it; with the latter you may trample meanness and everything unworthy in art to the ground.”6“Herr Redakteur! Sie werden sich entsinnen, daß Sie in früherer Zeit einen Freund, Namens “Nanté”, besaßen; ebenso werden Sie wissen, das derselbe bald nach dem rührenden Abschiede von Ihnen selig in dem Herrn entschlummerte; was Sie aber noch nicht wissen werden, ist der Umstand, daß mich der Verstorbene zu seinem Universalerben eingesetzt und mir so manche gute Lehre vor seinem Ende gegeben hat. Wir Beide standen uns in jeder Beziehung stets sehr nahe und so kam es denn, daß der selige Nanté mir das angenehme Geschäft übertrug, Ihnen seinen Scheidegruß zukommen zu lassen und Sie womöglich über seinen Verlust zu trösten. Mit tiefer Rührung gedenke ich der Stunde, in der er zu mir sprach: “In Leipzig, an der Ecke des Markts, wo die Grimma’sche Straße auf denselben mündet, da wirst du gleich rechter Hand einen Redakteur finden, den tröste aus Leibeskräften über meinen Tod, wenn es soweit sein wird, und wenn du kannst, so tritt als Mitarbeiter seines Blattes in meine Fußtapfen, doch suche die Dornen und die Steine des Anstoßes zu umgehen, die meinen Pfad daselbst raus und unwegsam machten. Wirke für die Kunst nach Kräften, sprich gegen die Künstler deine innerste Überzeugung aus, doch so, daß du sie damit nicht verletzest, ohne Bitterkeit und Ironie; mit der letzteren magst du die Gemeinheit und alles Unwürdige in der Kunst zu Boden treten.” Signale für die musikalische Welt 7 no. 5 (1849):37-38.

What a shame–Nanté had passed away! I assume the cause was tuberculosis, since he knew what was coming.7He referred to being ill in one of his last articles. Signale 5 (1847): 402-03. Besides being a shame that a talented writer had his life cut short, I wish I could have read more of his criticism, especially of the following year, with the revolutions of 1848 bringing on profound changes in musical life. Richard Wüerst had promised his friend to take over his duties, but the political turmoil delayed him from fulfilling his promise. He never did write much for the Signale, but he did take up reviewing later on for the Berlin daily Fremdenblatt. He apparently did not heed Nanté’s advice, since he was described as one of the most hated critics of the period. He enforced a conservative outlook that especially opposed Wagner’s operas until his death in 1881.